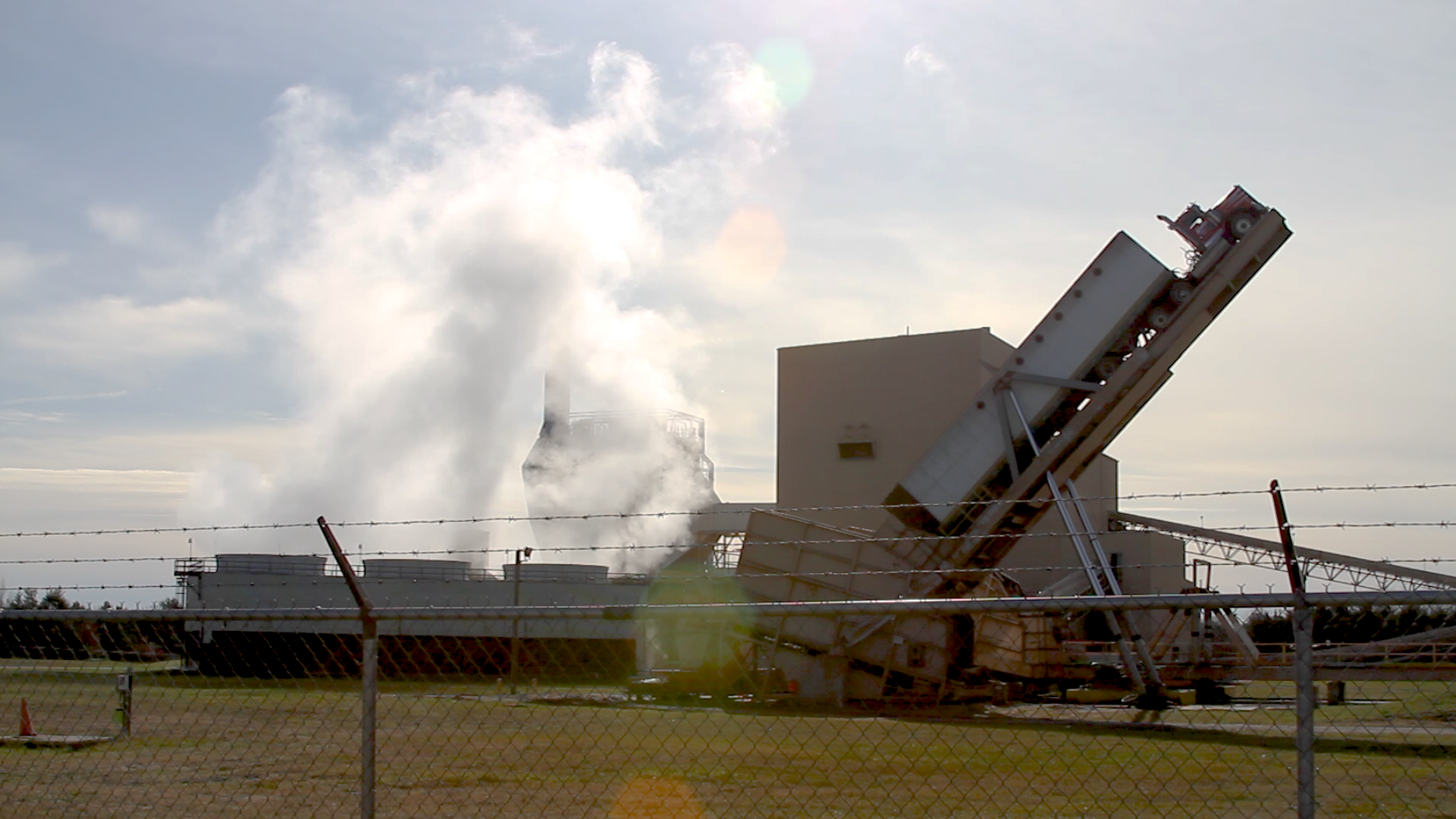 I wish to respond to the eco-industrialists who, in the attempt to “save the planet,” have gotten into bed with bankers, billionaires, industrialists, and their foundations, in other words, with capitalism itself. Their paradigm, their status quo of losing the battle against planetary ecological collapse, is threatened by the massive success of one little film for free on YouTube — and they have been on a crazy rampage against it.
And all they really have to say in their defense — their key attack against our well-researched examination of their failures to save this planet — is that our film has “old data” in it! That, simply, is a lie.
“Planet of the Humans” is a story — a nonfiction story. Stories take place over time. Stories reveal higher truths than data alone—like what questions we are even supposed to be asking. That said, if I made a film with nothing but “data” from this week, our “critics” would still be attacking it as “old data” and throwing out the next shiny object of technological progress to distract us.
Also, to say a documentary has “old footage” as if that’s taboo, either means this person doesn’t watch many documentaries, or they are trying to create a red herring and get the reader to believe they should be upset about something — anything! It’s like crying foul that a story uses photos from the past in order to illustrate the present.
That said, our data is up to date, and everything you see in the film is accurate. The data in “Planet of the Humans,” in charts, graphs and interviews with experts and activists, runs all the way to the present — up to and including 2019 and 2020. The film taking place over time is a strength; for instance, in two scenes that bookend the film, history repeats itself. I visited a solar festival that actually used biodiesel generators to power itself, and another a decade later that is still trying to fool us with the exact same lie, just on a larger stage.
Even scenes early in my quest, like the solar array in my home state of Michigan where the tour guide says his solar panels are about “8% efficient,” are not outdated. 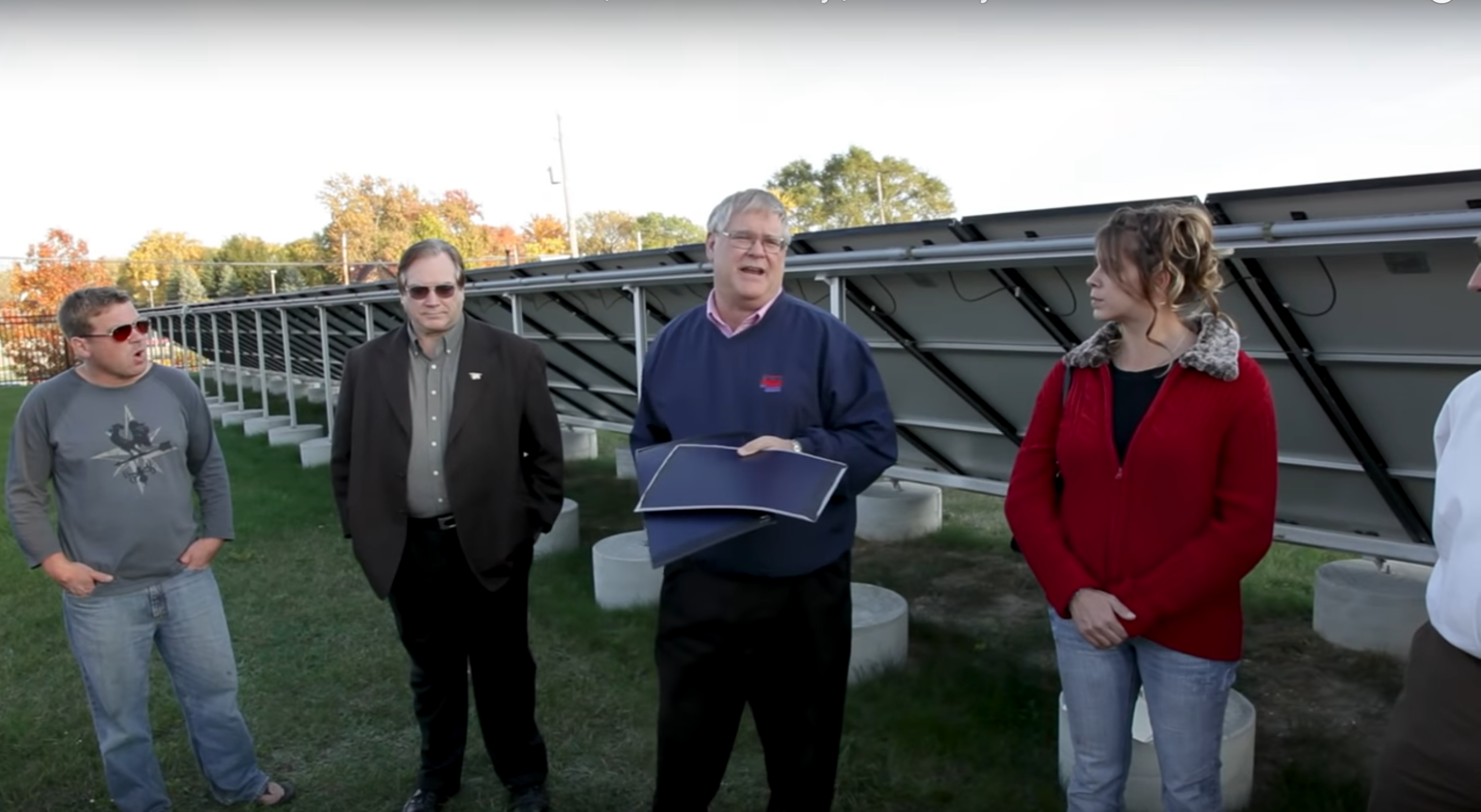 First, that solar array and others like it, are still in operation at 8% efficiency and will be for years.
Secondly, that happens to be a “thin-film” type solar array, which are cheaper, flexible, and easier to install than traditional “glass” solar arrays. Just this year a solar industry analyst came across a shipment of thin-film Tesla rooftop solar panels and calculated their efficiency at between 4% to 10%! Certainly there are more efficient commercially available glass panels averaging 17% – 19%. Even then there are trade-offs as a higher purchase price represents more technology and more impact.
What the eco-industrial complex wants to steer you away from is the reality that all of their “ever-improving, better, more advanced” technologies now, in the past, and in the future will depend on a giant, planet-wrecking industrial civilization. They will require mining, smelting, air pollution, water pollution, and the exploitation of humans around the planet.
Even recycling, when you can recycle, say aluminum or steel, will still require vast amounts of energy and create greenhouse gases, toxic pollution, and waste. Just search online for “recycling pollution” and up comes stories of humans and the environment suffering. And every round of recycling produces a degradation in the quality of materials.
Already, even without building over a million and a half square miles of solar panels and wind turbines in an attempt to run the world on “green” energy, mining accounts for 10% of global greenhouse gas energy emissions, and 10% percent of deforestation in the Amazon.
Another early scene in “Planet of the Humans” is the roll-out of the Chevy Volt where the utility company representative tells us that the grid charging the Volt is about “95% coal.” Disturbing. But how have things changed in Michigan since the Volt was introduced?
According to the Department of Energy’s most recent figures, in Michigan an electric car is still being charged on a grid with less than 6% solar and wind. Yes, the portion of coal has dropped, but natural gas has increased, just as we reveal in “Planet of the Humans.” But 94% of our Michigan electricity production remains non-wind and solar. About 5% is wind, 4% biomass burning, and solar is barely above zero—and this is in the context of Michigan having the 15th best wind resource in the nation.
And if you look at all energy consumption in Michigan, not just electricity, there is three times more biomass and biofuels as “renewable” energy than solar and wind.
So what was true in Michigan at the beginning of my journey in “Planet of the Humans” is still true now upon the film’s release in 2020. If I began filming right now in my home state, little would have changed—the Lansing solar array would still be 8% efficient, and a new Tesla in Michigan would be charging off a grid that is 94% non-solar/wind.
Are there different options available? Sure. But again that misses the point that solar, wind, and electric technologies are not something separate from a giant fossil-fuel based industrial civilization; they are one and the same.
These “green capitalists” who head up a number of environmental organizations — and who have gone apoplectic over the truths we’ve exposed — wax poetic about “new” solar panels and wind turbines in 2020.
They hope the rest of us, the members of these groups, the citizen activists and environmentalists like the three of us from Flint who made this movie, will just look the other way and not think about any of this, not have our conscience be encumbered with the knowledge that it’s the slave labor in a far away land that lets us all feel so warm and cozy and “green.”
Any movement or organization that does not invite self-reflection and instead tries to choke it to death — like the eco-industrial complex is attempting to do to us — is doomed. Unfortunately the stakes are too high to let them get away with it.
Jeff Gibbs is the writer, director, and producer of Planet of the Humans.