Planet of the Humans, the critically-acclaimed and provocative new documentary by first-time filmmaker Jeff Gibbs, and released by Oscar®-winner Michael Moore’s Rumble Media (the production and distribution company of his Rumble podcast) on Tuesday, April 21 on the eve of the 50th Earth Day, has in one week posted over 4.5 million views on Moore’s Rumble channel on YouTube (direct link to the full film). The film has been well received by film critics and Rotten Tomatoes lists the film with a “Fresh” rating.

Just hours after its release, an Oscar® nominated filmmaker, called for the film to be removed. E-mails and tweets show an aggressive campaign to rally opposition (and a petition) to get Moore’s and Gibbs’ film removed from websites. In one e-mail on Wednesday, April 22 at 12:41 am, that filmmaker wrote: “It must come down off of your pages immediately.” Later, the filmmaker would claim falsely: “I just received notice that the distributor of Michael Moore’s #PlanetoftheHumans is taking the film down due to misinformation in the film.” That outrageous and false claim was carried by media worldwide including USA Today, which erroneously published the false claim on the front page of the Life section.

Yesterday, PEN America – the organization founded in the 1920s (for Poets, Essayists, Novelists) that works to ensure that people everywhere have the freedom to create literature, to convey information and ideas, to express their views, and to access the views, ideas, and literatures of others – released a powerful statement condemning calls to censor the film:

“Calls to pull a film because of disagreement with its content are calls for censorship, plain and simple. Those who take issue with the film have every right to make their concerns and arguments heard, but first and foremost, the public also has the essential right to view Moore’s film and make their own judgements.”

Moore just released the following statement in response to the support received from PEN America. 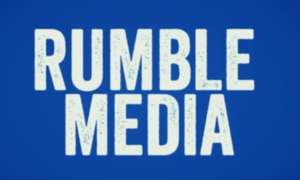 STATEMENT FROM MICHAEL MOORE ON PEN AMERICA CONDEMNING EFFORTS BY THOSE SEEKING TO CENSOR AND BAN HIS NEW FILM,

PLANET OF THE HUMANS

“I’d like to thank PEN America for forthrightly denouncing and condemning all efforts underway to ban the public from viewing our new documentary, Planet of the Humans.

We have spent the past ten days trying to fight back censorship attempts led by an Oscar®-nominated documentary filmmaker, plus certain leaders who are unhappy with our film’s revelations regarding how the fight against climate change has been co-opted by corporate interests.

These individuals have pressured websites carrying the film to “shut it down,” calling the movie “dangerous” and succeeding in getting one site to block the public from viewing it.

How quickly the values of an open society — freedom of speech, freedom of the press, and the freedom to be wrong (or right), vanish when some people’s sacred cows — or should I say, sacred solar panels — are challenged.

What are they afraid of? Are their arguments so weak they cannot withstand contrary opinions? Are they so desperate over what the public may do when they learn about the abject failures of our environmental movement that they need to resort to slandering our movie, including making up a lie as they announced their success in getting a “distributor” to “pull” our film from release —when in fact no such thing ever happened?

At a time when we have a dangerous, climate-denying administration running our country, taking its policy cues from the fossil fuel industry and the world’s worst polluters, plus attacking free speech and the 1st Amendment on a daily basis, it is shameful and stunning that any artist, filmmaker or academic would join calls for silencing our free expression.

Sadly, the calls to censor Planet of the Humans also display an arrogance of the elites against three Flint, Michigan filmmakers who are seeking to warn their fellow citizens that a supreme environmental catastrophe is at hand, that the current pandemic is just a small example of the chaos and calamity coming our way.

We are in the midst of a paradigm shift where everyone is rethinking our relationship with the planet, our relationships with one another and how we cannot be content with going back to “normal” once this pandemic is behind us. The public knows that the planet is on fire, and that we have an unfair, unjust and corrupt economic system — and that these issues are intertwined. We have released a film that asserts several strong positions for consideration that have, understandably upset certain people:

(1) You cannot have infinite out-of-control inequitable growth on a finite planet with limited resources;

(2) Our profit-seeking capitalist economic system thrives on such growth and economic inequality;

(3) We have made literally no significant environmental progress for decades  — and we now have surpassed planetary boundaries like the irreversible amount of carbon in our atmosphere which goes up every single year;

(4) Many in the environmental establishment have been co-opted by the financial and industrial establishment who have put all of their eggs (and billions) in “renewables,” which, instead of saving us, will add to our system of overconsumption and keep us on the path to extinction.

At the very beginning of Planet of the Humans, our movie asks the question, “What happens when a single species takes over an entire planet? What if they go way too far? What if they knew 60 years ago that they were going to warm the planet and melt the ice caps and destroy our eco-systems?” While we acknowledge that these questions will be uncomfortable for many who don’t want their status quo disrupted, it is the role of artists and filmmakers to raise them. Jeff Gibbs has made a film that does that, and we thank PEN America for standing for his right and all of our rights to do so.”